Vice-chairs of the Office 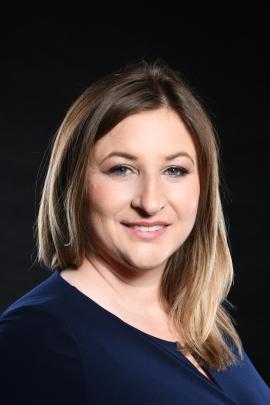 "Public procurement is associated with the spending of public budgets and at the same time does not represent a way only to meet the needs of the contracting authorities themselves, but also significantly affects the comfort of life in our country. The quality and method of supervision over the award of public contracts have a significant impact on the behavior of both contracting authorities and suppliers. It is therefore essential that the Office for the Protection of Competition properly fulfills its role, deciding clearly and comprehensibly through its activities whether fair rules have been complied with in the award of public contracts. The purpose and goal of the Public Procurement Section's activities in supervising the award of public contracts, in addition to the decision-making practice itself, is also to contribute to the cultivation of the competitive environment in the Czech Republic. "

Markéta Dlouhá graduated from the Faculty of Law of Masaryk University in Brno. Even before graduating, she gained a lot of work experience when she worked with an international training and consulting company since 2003, but subsequently focused her work focus and development exclusively on the law. Since 2009 she has been working in advocacy, where she focused mainly on civil, commercial and criminal law. Since December 2011, she has combined her professional career with the Office for the Protection of Competition and the Supervision of Public Procurement. At the Office for the Protection of Competition, she gradually replaced all positions, from the clerk, through the head of the department to the director of the department. She has been the director of the Public Procurement Department III for the last seven years. In connection with her employment with the Office for the Protection of Competition, she also developed her lecturing and publishing activities related to public procurement. 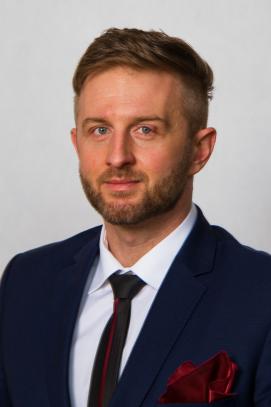 “The protection of competition is the key agenda of the Office. Its importance is irreplaceable for a modern state with a well-functioning market economy. Effective competition enables the effective allocation of resources, production growth, innovation, development and general economic progress. Effective competition improves our welfare in the form of lower prices, higher-quality products and services and their wider variety and accessibility. Therefore, the Office shall detect and strictly punish especially hard core anticompetitive practices undoubtedly distorting competition. At the same time, it shall be an institution applying effective preventive measures and competition advocacy, engaged in general public enlightenment in order to minimize the occurrence of anticompetitive practices in markets.”

Kamil Nejezchleb graduated from the Faculty of Law of the Masaryk University in Brno and the Faculty of Business and Management of the Brno University of Technology in 2007. He completed the doctoral program at the Faculty of Law of the Masaryk University in 2019. His dissertation focused on the modernization of legal instruments for detection of cartel agreements and he also implemented several specific projects which focused on different aspects of competition law throughout his doctoral studies. In November 2008, he joined the Office and since then has served in several positions. For the last five years, he worked as the Head of the Unit of Cartels and the Deputy Director of the Department of Cartels. He also taught commercial and trade law at the Public Administration Academy in Brno. He has been engaged in long-term cooperation with the Faculty of Law and the Faculty of Economics and Administration of Masaryk University where he gives specialized lectures on competition law and economics. He has gained extensive experience with the application of competition law abroad. He participated in a six-month internship at the European Commission - DG COMP and is active within the European Competition Network and International Competition Network. He also collaborated in the creation of themethodology for the leniency and settlement programmes and the preparation of recent amendments of the Act on the Protection of Competition. He engaged in training of contracting authorities on the issue of bid rigging on a long-term basis. He published several expert articles on competition. He is the co-author of the publication Economic Methods in Competition Law. 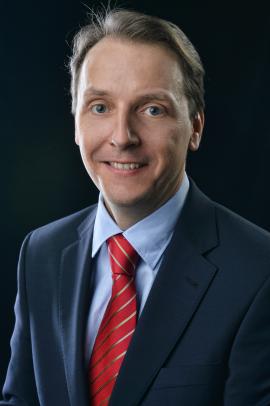 "The purpose of the Office´s activities is also the contribution to the development of comprehensive and transparent legislative framework that promotes fair competition especially by ensuring equal conditions for all undertakings. Sufficient impact assessment of proposed regulatory and executive measures on competition and in the context of potential state aid is in particular of a great importance for ensuring such environment."

Petr Solský graduated from the Faculty of Law of the Masaryk University in Brno in 1998. At the same Faculty he received JUDr. degree in the field of criminal law. He worked in public administration on a number of managing positions, for example at the Ministry of the Interior or the Ministry of Foreign Affairs. From 2003 to 2010 he gained extensive experience at the Permanent Representation of the Czech Republic to the EU in Brussels where he was responsible for management of the division of justice and interior including the coordination of preparations of the Czech Presidency of the Council of the EU. Back in the Czech Republic he worked in private sector in a law firm. Consequently he focused in particular on the area of information and communication technology, among others as a Deputy Minister of the Interior for this area in the years 2013 and 2014. Petr Solský has been focusing on a number of issues of criminal and administrative law including the regulatory framework for public procurement and prohibited state aid. He is a long term member of the Regulatory Impact Assessment Commission of the Government Legislative Council (RIA Commission).

On 5th April 2016 Petr Solský was appointed to the position of the Vice-chairman of the Office for the Protection of Competition and entrusted with the management of the Legislative and Public Regulation Division.